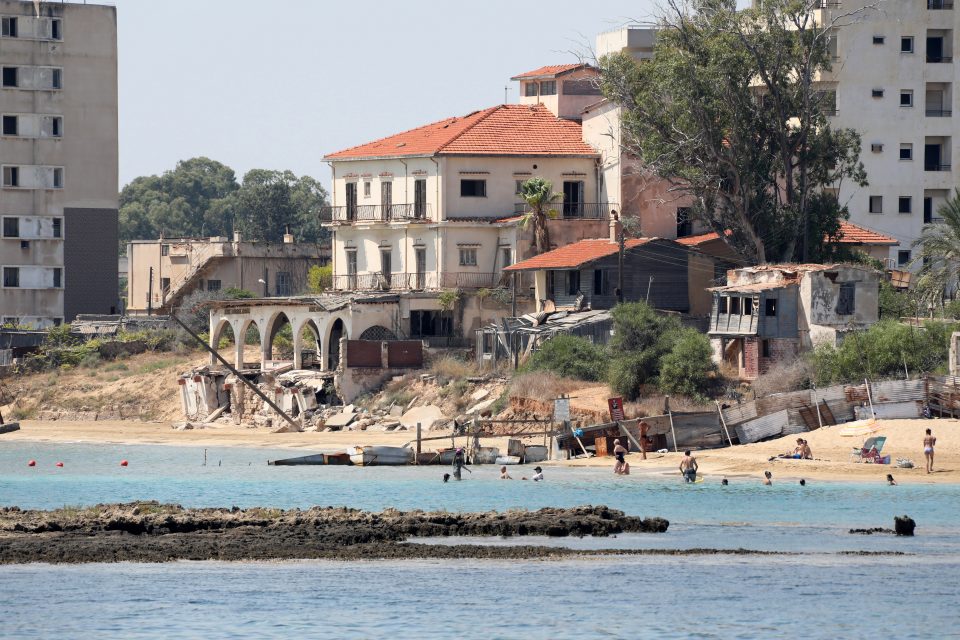 The National Federation of Cypriots in the UK has called upon the British government to publicly, robustly and clearly condemn the announced opening of Varosha’s beachfront as a breach of international law.

The National Federation of Cypriots in the UK has called upon the British government to publicly, robustly and clearly condemn the announced opening of Varosha’s beachfront as a breach of international law.

In a letter sent on Wednesday afternoon to Foreign Secretary Dominic Raab, federation President Christos Karaolis said that it is “disappointing” that immediately following the UN Secretary General’s efforts to restart negotiations to reunite Cyprus Turkey has decided to illegally re-open a beach area in Varosha in breach on UN Security Council Resolutions.

“This disregard for international law and UN resolutions, seriously threatens stability in the region as well as prospects for peace on the island,” warned Karaolis.

“These statements have been underestimated (at the very least) or worse, ignored by the international community,” he said.

He stressed that the opening of the Varosha beachfront as announced on October 6 in Ankara by President Erdogan and Tatar is a clear breach of UN Security Council Resolutions 550 and 789.

“To date, and prior to Turkey’s most recent actions, the United Kingdom had expressed its support for UN Security Council Resolutions on Varosha and also ‘made clear’ the UK’s concerns to Turkish officials regarding their announced plans for Varosha. Given Turkey’s continued disregard for international law, as well as the UK’s Treaty obligations to Cyprus and permanent membership of the UN Security Council, it is now time for our government’s public response to be more robust and clearer in its condemnation, leaving in no doubt that the United Kingdom considers this action by Turkey a clear violation of UN Security Council resolutions on Varosha. Moreover, we urge our Government to also consider all measures and actions available to uphold International Law and UN Security Council Resolutions,” the letter concluded.