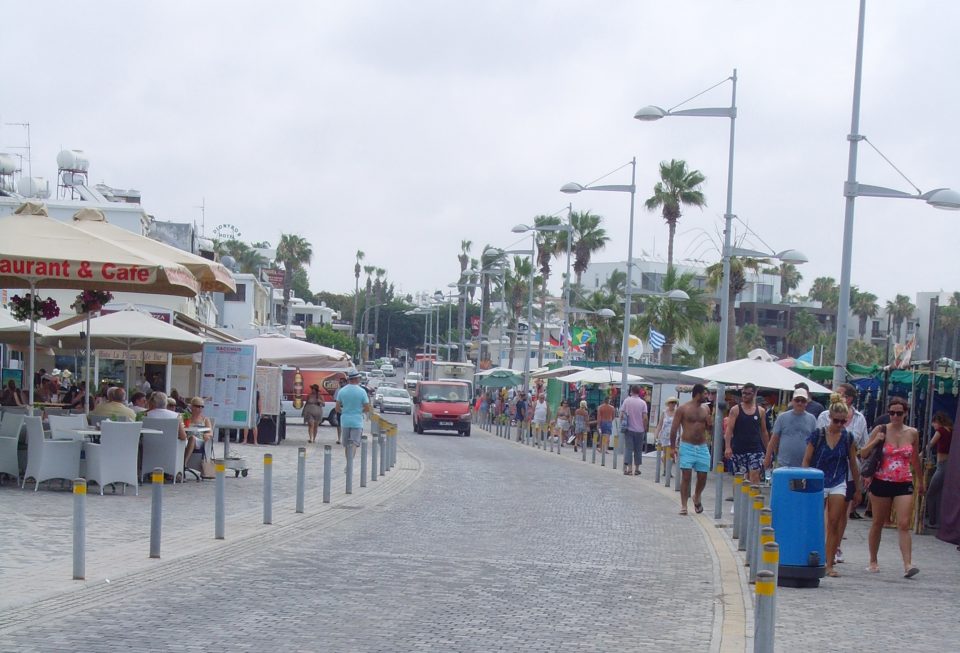 DOZENS of restaurants and leisure facilities have closed their doors this week in Paphos, unsure of when, or if they will reopen, according to industry professionals.

“This week there has been a steep decrease in the number of establishments open in the district of Paphos. We will have to see if we have even 20 per cent remaining open before Christmas,” the president of the federation of restaurant/leisure owners Fitos Thrasyvoulou, told the Sunday Mail.

Even during the month of September, many places were only opening on Friday and Saturday evenings,” he said.

Also, shockingly, of the 1,200 or so restaurants and leisure facilities in Paphos, only around 700- 800 are legal and licensed and the remainder are unlicensed, he said.

“At the start of summer, most of the premises in Paphos old town were packed, and others saw this and opened up so quickly, even before they had a licence in place. They see the town busy and they all want to be there,” he said.

This has only compounded the problem as there are now too many cafes and eateries opening up “everywhere” with not enough customers to go around, he noted, adding that although Paphos old town was busy during the summer, the tourist area in Kato Paphos was a stark contrast.

“The tourist area is all but finished this year, it has been terrible so far,” he said.

As coronavirus is still rampant in Europe, it is obviously making things more difficult for tourism, the federation head said, and finances have been decimated due to an almost non-existent income for many.

“Financially, we want the banks to give more time to pay and concessions to people with loans such as mortgages, until the end of 2021 We also want landlords to be more flexible as many businesses have been closed for most of the year and it’s a big problem, They own these businesses and have spent large amounts of money over the years investing in them and the premises,” he said.

Citing other countries such as the Greek islands as an example, where they have cut rents in half, Thrasyvoulou noted similar actions should have been introduced a long time ago in Cyprus. The Cyprus government and parliament are doing next to nothing to help the small businesses survive he said.

“We are really hoping that things will get better soon and next year we can turn things around.”

In order to help businesses, the federation have been consulting with Cyprus team of coronavirus experts who are encouraging them to strictly adhere to the health and safety laws.

They are also advising the creation of two separate teams of staff that will not mix at all so that if a member of one team tests positive, it’s won’t be such a big problem in the sense that they would not have to close and wait to reopen again when the staff are given the all clear. This way, even if one team is affected, the other would be able to work, he said.

In addition, the federation will be offering seminars to members covering a number of related coronavirus issues, and the first will be how to operate businesses with coronavirus restrictions.

“We are waiting for a checklist from the ministry of health that should be ready next week, and which we will give to all of our members.”

The federation is also supporting the re-opening of the clubs and other nightlife businesses in Paphos, as they have been closed for eight months.

“We are hoping for positive decisions from the ministry on October 10. The re-opening could be done under strict controls and we hope that they have a chance to survive,” said Thrasyvoulou.

As there are no significant numbers of tourists arriving, or Cypriots and residents travelling abroad, locals are imperative to give businesses any real chance of survival over the Christmas period, he noted, citing August numbers as an example.

“As it stands now, people here are better spenders than tourists as they have more available money because they are not forking out for airline tickets. They have more money to spend, and we hope they support us all.”